Born in England of Trinidadian parents, she was raised and educated in the Caribbean and Canada before moving to Great Britain where she built a successful career with the BBC as a TV Drama Producer and Executive Producer. Productions included Love is the Devil by John Maybury, and Speak Like A Child by John Akomfrah, both of which she executive produced for the BBC.

Frances-Anne moved to Toronto in 2000, where she continued to create, write, direct, and produce her own projects. Her film A Winter Tale received many prestigious international awards, including at Fespaco 2009 (Africa’s Oscars held biannually in Burkina Faso West Africa) where it won The Paul Robeson Award for Best Diaspora Film.

Other directing credits include the feature film Peggy Su! (BBC Films, 1997); What My Mother Told Me (Channel 4 1995),  Bideshi (British Film Institute 1994); and documentaries Literature Alive (Bravo!/OMNI, 2006), Reunion 2 (BBC,1993), and I Is A Long Memoried Woman (Arts Council of England 1991). She also produced and directed films and television programs through her production company Leda Serene Films.

She produced the multi-award winning feature Kingston Paradise, with director Mary Wells – the first feature film written and directed by a Jamaican woman. She was the Co-creator, Producer and Director of Lord Have Mercy! Canada’s hit Caribbean sitcom which aired on Vision TV, Toronto One, Showcase and APTN in 2003 and was nominated for two Gemini Awards: Best Comedy Series, and Best Individual Performer (Leonie Forbes).

Other initiatives include RED HOT, promoting new work by emerging creators of color; CineFAM – that supports bold film stories by Women Creators of Color, and #INTERSECT – film narratives by Queer and Trans Filmmakers of Color.

She has lectured in Film at the University of the West Indies, and made presentations on her work at NYU and Duke University. She began her television career at Banyan Productions in Trinidad, studied Theatre at the University of Toronto with Steve Martineau and Ken Gass, and poetry with Jay MacPherson. She trained as a film director in the UK at Bristol University, and the prestigious BBC Drama Directors Program

Anne-Marie is an independent management consultant with over thirty years’ experience in helping to create and lead effective organisations. Her professional career spans the public, private and voluntary sectors. She also consults to international development agencies. Her areas of expertise usually focus on Diversity and Equity and include: Organizational change management ; Strategic planning and implementation; Human resources management and development; Policy and program evaluation. Previously, she served as an Assistant Deputy Minister with the Ontario Government. Prior to this, she was Superintendent of Human Resources at the Toronto Board of Education where she had overall accountability for the recruitment, development and placement of educational administrators and teachers at every level in the system. She began her professional career in the private sector as a Senior Organization Development Consultant to the President at ManuLife with responsibility for recruiting and training senior officers across Canada and the United States.

In 2015, President & CEO of Imagine Media International Limited, Lisa Wickham was invited to join the HERO Team with the main objective to assist in raising completion funds for the film and to design and manage the roll-out strategy for Ghana, UK and Trinidad and Tobago.

In November of that year,  Wickham successfully presented the film at the prestigious DISCOPRO pitch forum in South Africa and copped the first prize among international rivals.

Wickham is an award-winning Producer-Director with over 40 years in the industry having started as a child on screen. She is the Producer-Director of the internationally acclaimed documentary Forward Home filmed in 9 countries across North America, Europe and the Caribbean. She was also a Producer on the award-winning Canadian film, Home Again shot in Trinidad and Tobago/Canada and the a Producer on the US hit TV ONE movie Girlfriends Getaway also filmed on location in Trinidad and Tobago. Wickham’s Imagine Media has coordinated gala film premieres and screenings in the Caribbean and the UK.

Wickham has produced and directed TV shows for the US cable channel BET, MTV-UK, has been a contributor to BBC Radio 5 Live with Ros Atkins, produced and directed several award-winning TV commercials, love broadcasts and music videos and has worked in countries across Europe, Africa, North America and the Caribbean.

HERO FILM’s four Board directors have invested their time and expertise to ensure the project’s successful completion. This project began with (the late) Desmond Allum’s wish to showcase the life of his friend, Trinidad and Tobago national Ulric Cross, and his contribution to a significant global revolution — the Pan African Movement.

All profits from the film will go to the Cotton Tree Foundation, the NGO founded several years ago by Desmond Allum and Ulric Cross to meet the needs of disadvantaged youth in St Ann’s and Belmont, Trinidad & Tobago. 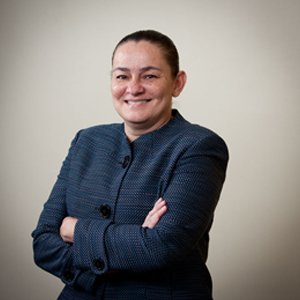 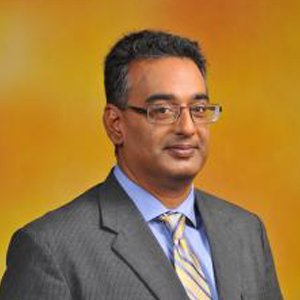 JACQUELINE SHARPE
Psychiatrist, international consultant and advisor to the government. 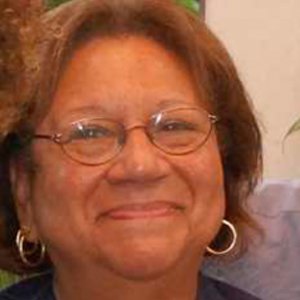